A few nice changes in this version, the biggest one being a completely reworked menu system. I should have done this earlier, because it looks great and first impressions are oh so important. We've also got some nice changes to the campaign and yet another new combo kill system. 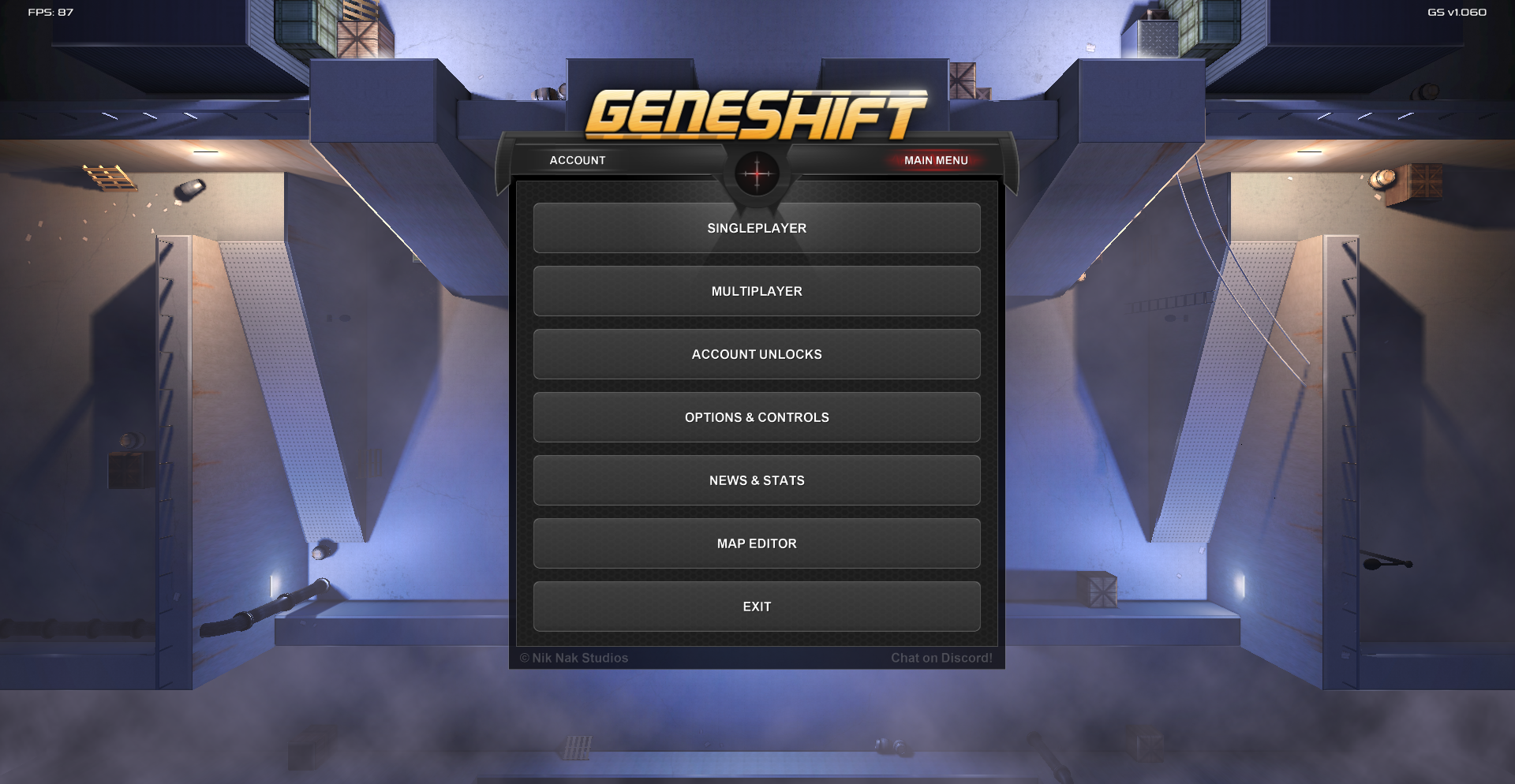 New Menu System
The menu has been reworked in a few ways. The overall aesthetic has been improved with a cool new blue background and new textures. The actual navigation has been changed too, with a dedicated main menu which lets you go into and out of the individual pages. This results in far fewer buttons on the screen at one time and is less overwhelming to new players. Even the options menu has been resdesigned with a new "common options" page that hides most of the advanced settings that no one cares about. 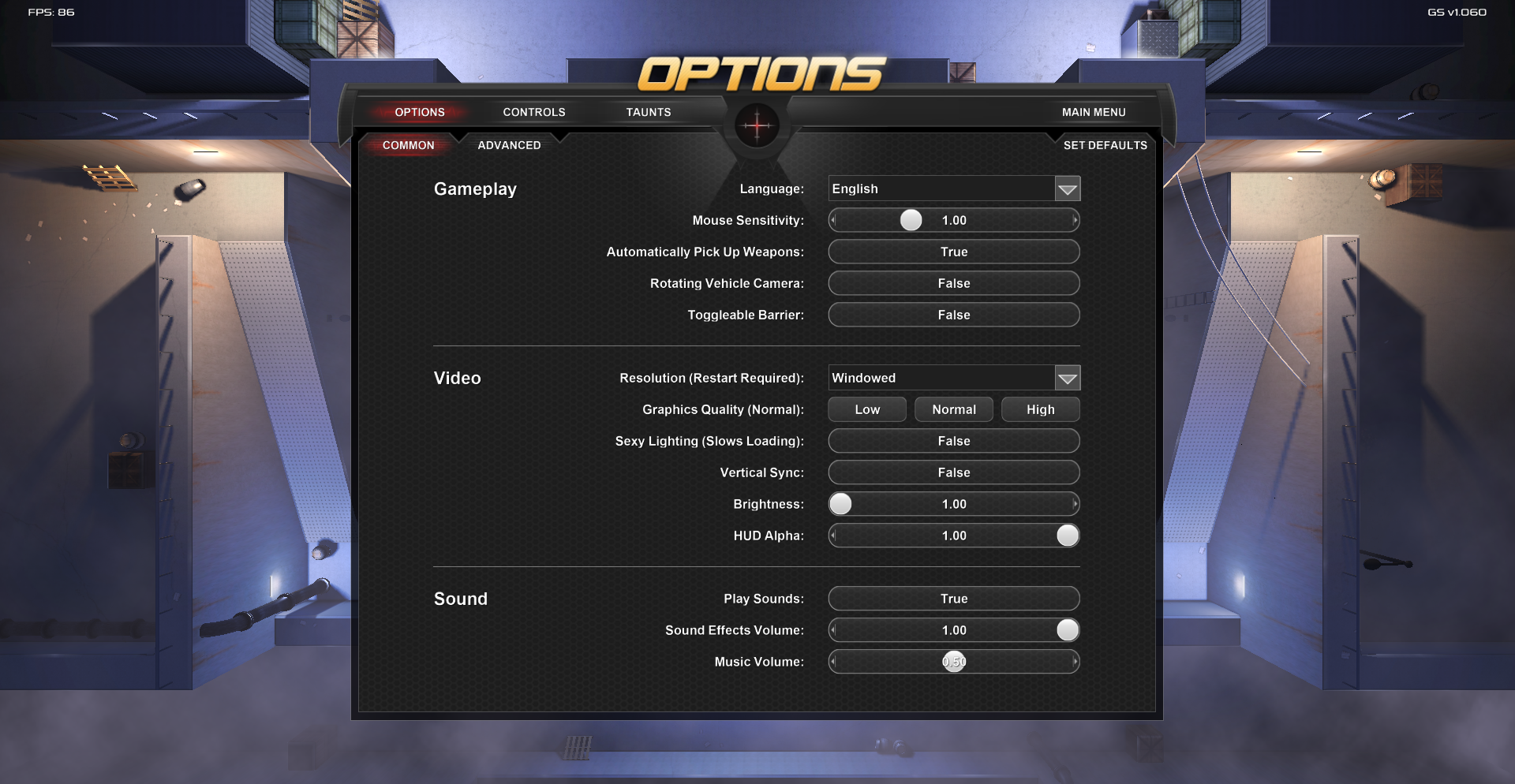 New Kill Combo System (for the 4th time now?)
I've yet again reworked the Kill Combo system, but I think I've got it perfect this time. There is no longer any confusing cash multiplier step that indirectly affects how much money you get per kill. The new system simply gives you extra cash directly. Instead of a double kill increasing you multiplier by 20% so that future kills give more cash, now a double kill just straight up gives you $150 for a kill instead of $100. Easy!

There is still the concept of "special kills" which also award extra cash, and if you combo these together you get more money faster. Kills must be made within 3s of eachother to increase the combo. Here are some examples:

No Skill Level Restrictions
In the campaign there are no longer level restrictions when you unlock skills. This means you can now unlock high level skills like Teleportation at level 1! Before you had to wait till you reached level 10 to be able to do this, so with this change these skills are FAR more useful. I'm curious to see how this affects speedruns. 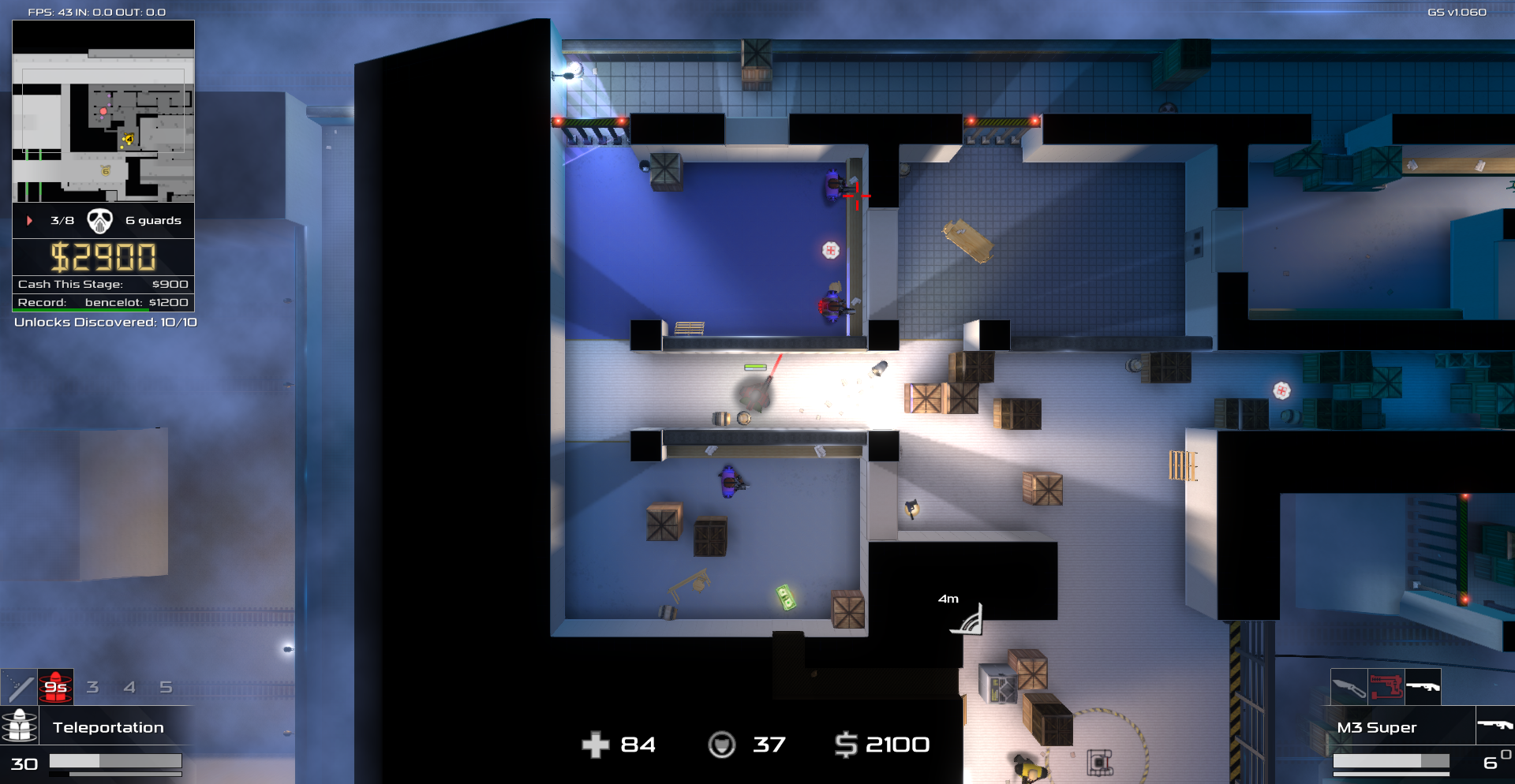 New Animated Barricades
In the screenshot above you can see two barricades blocking off the top doors. This is a new feature that replaces the old doors that were hacked together with models. These are better not only because they're animated and sound cool, but because they go down into the ground when they're closed. The old models stayed the same but simply because walkable, which made it really hard to tell if you could go through them or not.