Plenty of new features! In the campaign we have a new exploding guard type who alerts nearby enemies, we have a fun new kill combo system, and the skill penalites have all been removed as well! In multiplayer we have a massive rework to how barrier works, and maps that resize based on the number of players in the server.

Exploding Guards
Some guards will now walk with a red backpack filled with explosives chemicals. If you kill them they explode in a dazzling fireworks display, creating a sound that alerts nearby enemies. This new guard type is currently only in the first 2 stages of the campaign, but will allow me to create a variety of awesome puzzles and high adrenalin sequences where the shit hits the fan the moment you explode one of these guards.

New Kill Combo System
The gif above also shows the new kill combo system, showing a new "Double Kill" type as the grenade kills both guards simultaneously. Double Kills (along with Triple, Quad and Multi Kills) are a new kill type that rewards you with extra cash. This is done with the new cash multiplier system, which goes up when you perform "skillful" kills.

The cash multiplier stays at x1.0 unless you do something cool. If you get a double kill, it will jump up to x1.2. If you then get a road kill it will increase futher to x1.3. This means that any kill you get will pay out $130 instead of $100. You are rewarded with more cash for killing in awesome ways, and there are other new kill types as well, such as Skill Kills, Quick Kills, and Stealth Kills. 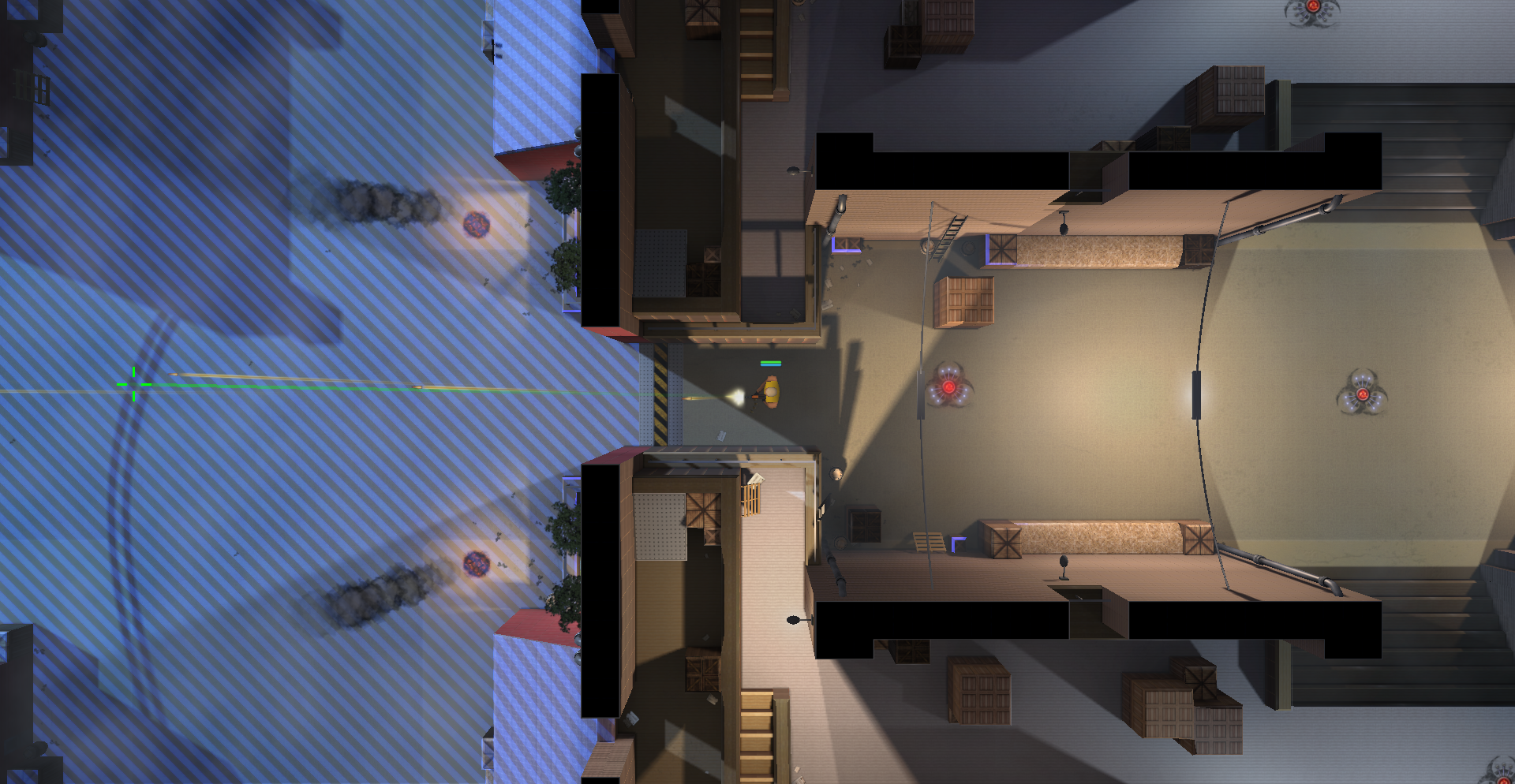 Resizing Maps
Maps will now resize based on the number of players in the server. When there aren't many players in the server, blue electricity will cover the ground the outsides of the map and kill anyone who walks into it. This forces players to stay in the centre, effectively shrinking the map size and resulting in far more active and fast-paced battles when playing in a smaller server.

Jumping Indicators
In the screenshot above you can also see some blue highlights on the boxes to the right. This new feature indicates if a box is of a jumpable height or not, and makes it much easier to jump in a 3D environment with a top-down view.

Barrier Rework
Barrier is a fundamental part of combat, especially multiplayer combat, and so this rework changes a lot. Barrier no longer absorbs damage into your mana pool. Instead it has been simplified to a simple 75% damage reduction at the price of slower movement and -3 mana/s.

This change makes barrier more useful as you'll no longer lose all of your mana in an instant when damaged. It also ensures that you never die with "unused mana" which was a kinda silly way to die with the old system.

No Skill Penalties
In the campaign there are no skill penalties. This is pretty huge, and should make it a lot more exciting to discover new skills and mutation vials, as they are nothing but 100% benefit now. I've also made this option available for PvP servers for shits and giggles (though it will probably be pretty unbalanced). 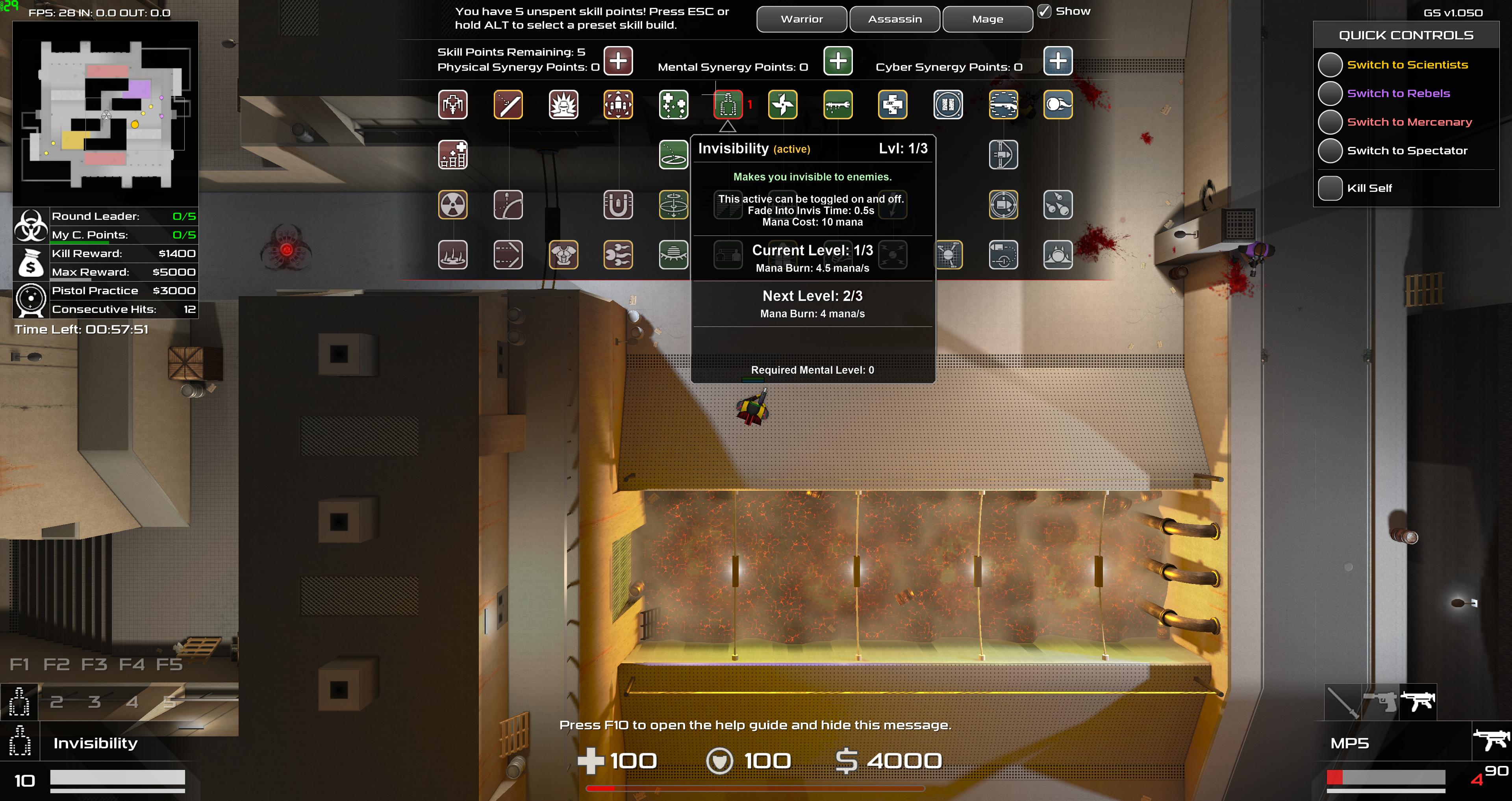