Supply Drops
Geneshift now has supply drops! They will randomly appear in the map with a 30s countdown timer. Everyone in the server is alerted to this and has 30s to get to the area and then fight to be the last man standing to claim the prize. The prize is that a bunch of new ultra-rare loot will drop, including permanent max hp/mana upgrades, a +30% Damage weapon, +10 kill coins and possibly an entire new skill unlocked for free! These supply drops give you an excellent incentive to play agrgressively, and provide interesting king of the hill style battles. 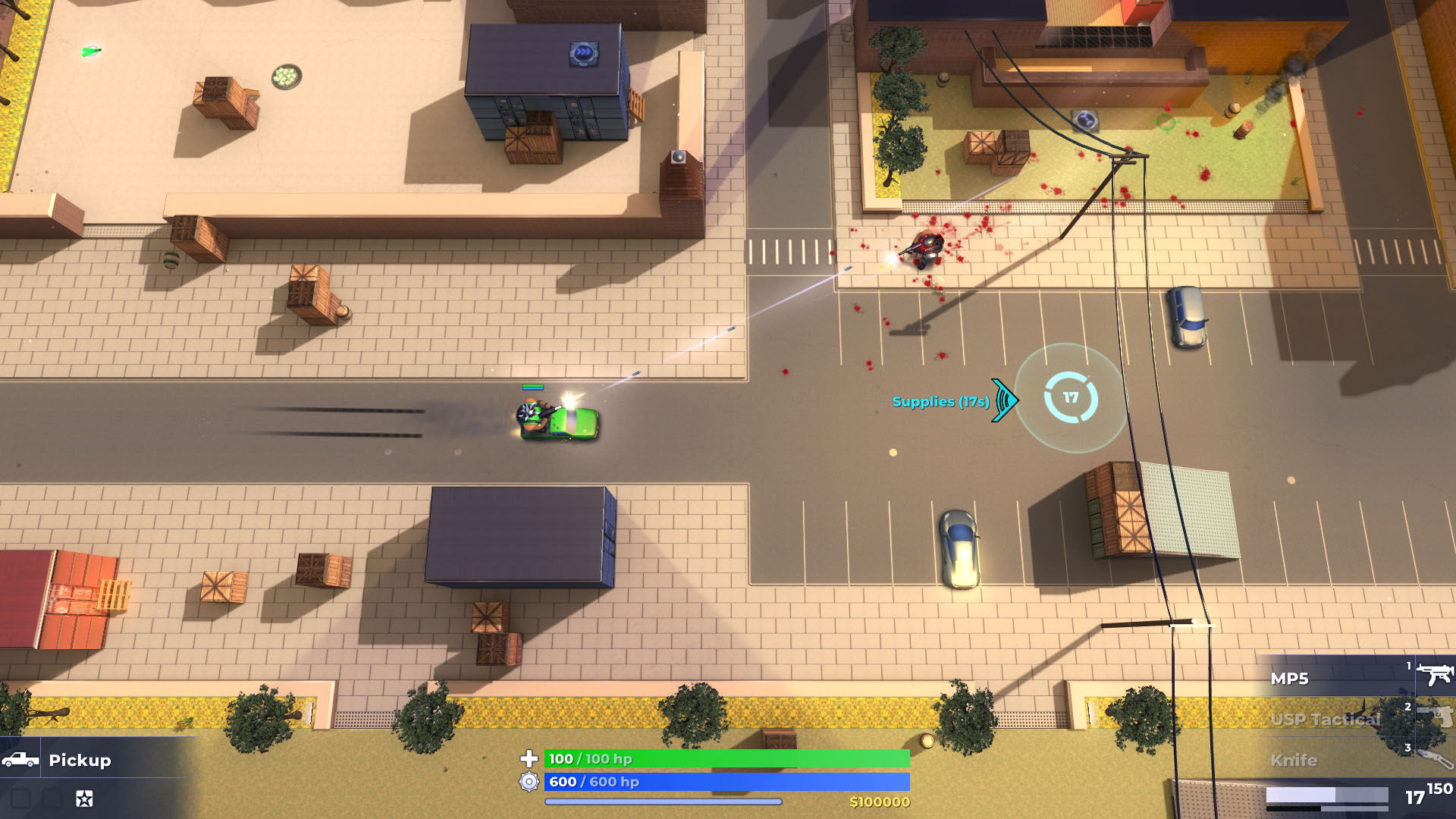 Zombie Improvements
Zombies have been reworked in a big way this version and play a lot better. There is now stuff to actually DO as a zombie and you are much stronger as well. For starters zombie weapons now do 100% damage instead of 50%, which no longer punishes you and lets you continue playing as normal. Resurrections are much easier because of this, and easier still as there is no 20s countdown time anymore - you can resurrect as soon as you spawn. Furthermore, zombies can now keep their gun and max hp benefits when they spawn the next round. This, combined with supply drops gives you something really meangingful to fight over once dead - a chance to start with an extra high damage weapon or more max hp. 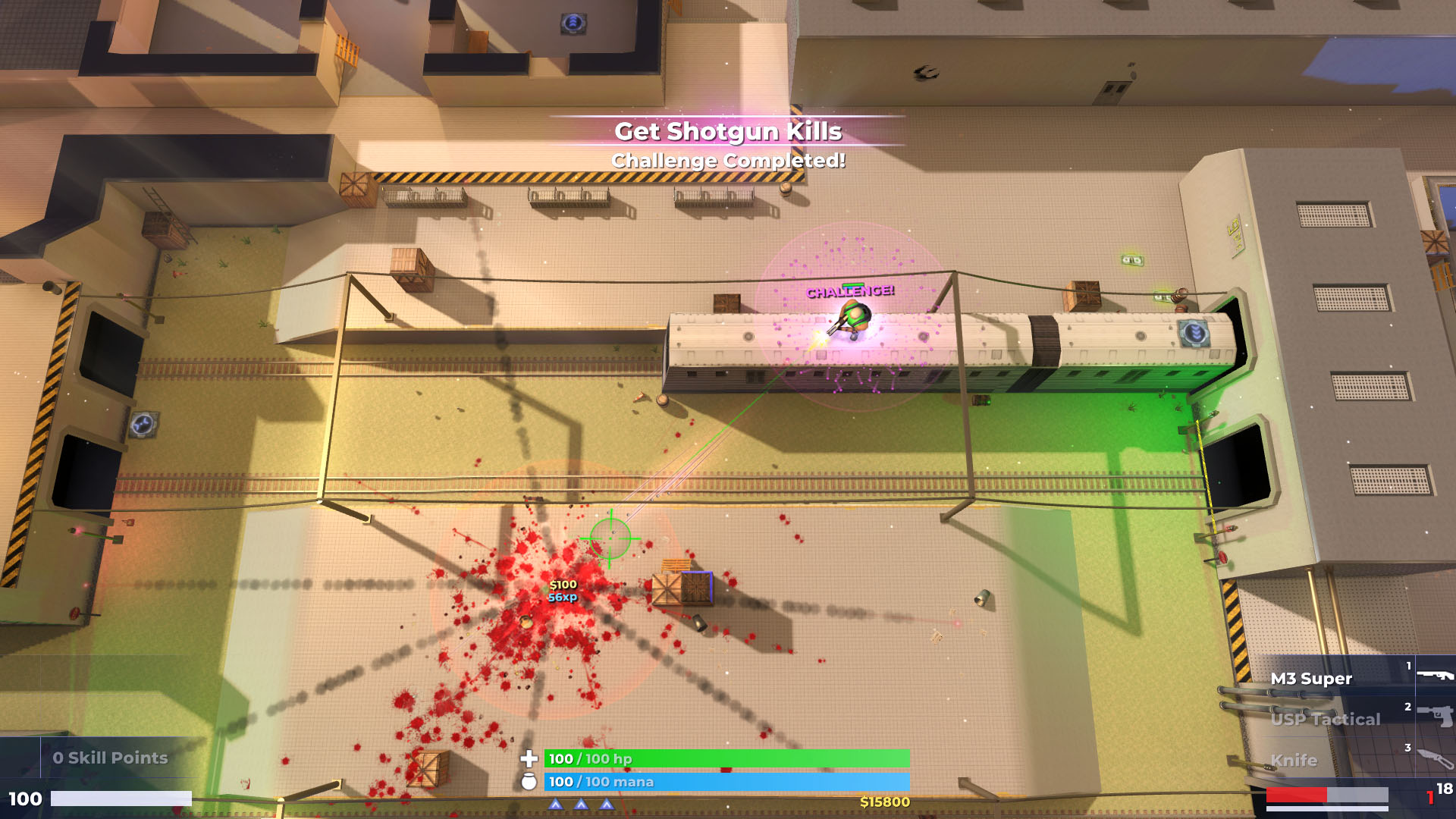 Tilted Camera Angle
You might have noticed in the screenshots above that the camera angle has been tilted! After 10 years Geneshift has finally upgraded from a pure birds-eye shooter into an isometric shooter! Who knows, in another 10 years this might become and FPS! Eitherway, this new camera angle looks a lot nicer on the eyes, and helps you judge the height of boxes in the map as well. It makes for a far more immersive playing experience, especially combined with the other graphical upgrades.

For example, Geneshift now supports 4X MSAA antialiasing and looks a lot smoother because of it. It also has updated player models, where they hold the weapons properly instead of like blockmen. There is even a new "gore" setting in the options menu that can significantly increase the amount of blood that comes out of baddies when you make them go splat. 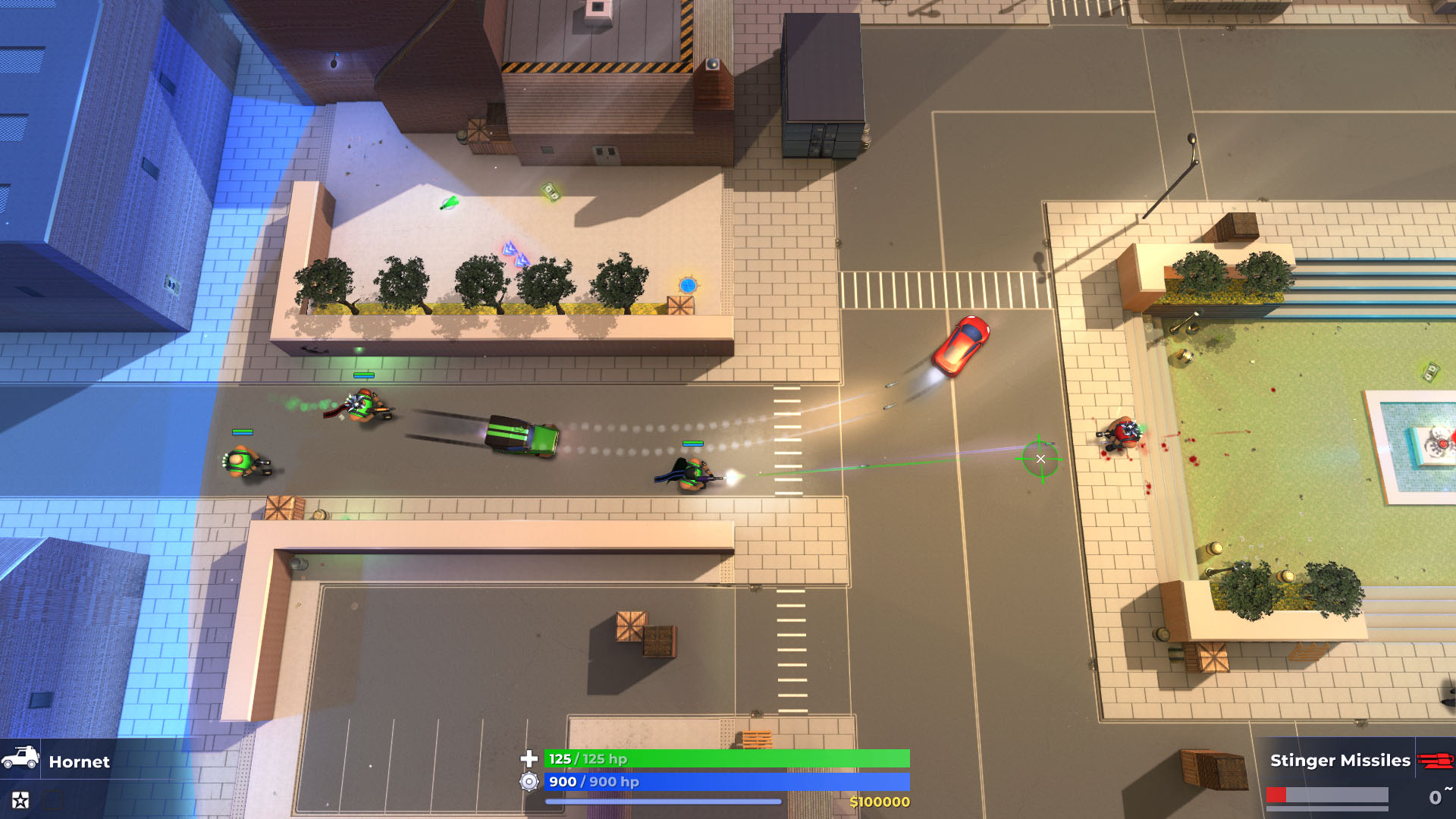 New Gameplay Twists
A number of skills have been buffed, and a few have been buffed in a very interesting way - team buffing. Certain skills, such as Self Repair, Ignition Orb, Xray-Vision and Frenzy will now benefit nearby allies when you cast them, allowing for some really interesting new squad tactics. Other cool tweaks are the new looting system, where if you run over the same type of gun you not only grab its ammo, but can now upgrade the damage of your current gun by +2%. This little boost can really add up and makes looting as a zombie extra fun.